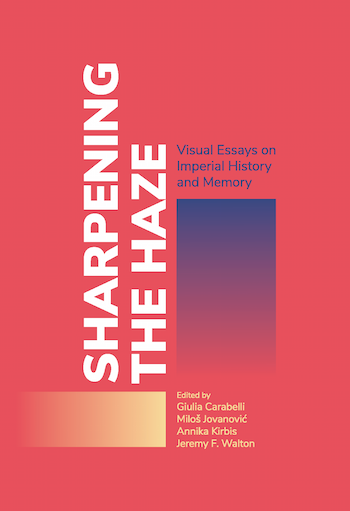 This volume presents ten visual essays that reflect on the historical, cultural and socio-political legacies of empires. Drawing on a variety of visual genres and forms, including photographs, illustrated advertisements, stills from site-specific art performances and films, and maps, the book illuminates the contours of empire’s social worlds and its political legacies through the visual essay. The guiding, titular metaphor, sharpening the haze, captures our commitment to frame empire from different vantage points, seeking focus within its plural modes of power. We contend that critical scholarship on empires would benefit from more creative attempts to reveal and confront empire. Broadly, the essays track a course from interrogations of imperial pasts to subversive reinscriptions of imperial images in the present, even as both projects inform each author’s intervention.